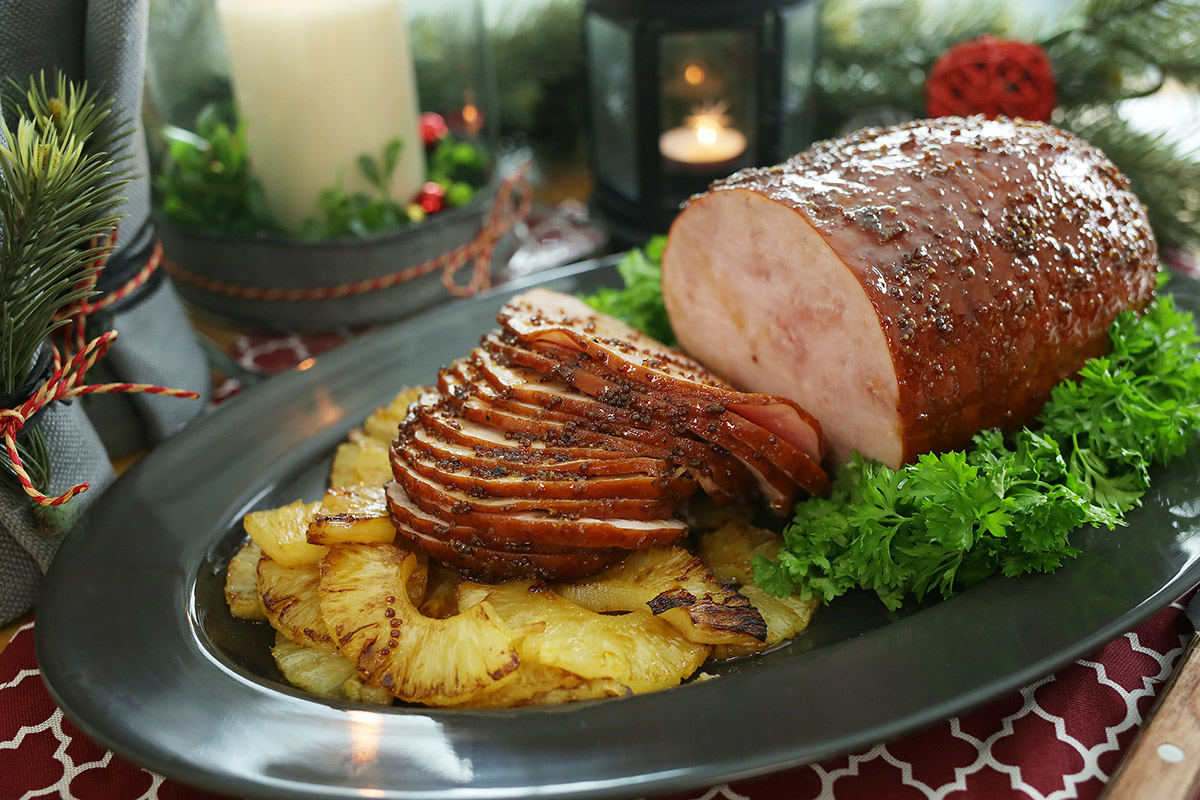 With Christmas just around the corner, here’s something you can impress your friends and family with.

Step 1
Add 2kg ham to a pot with 3 litres of water. Subsequently add 2 bay leaves, 2 sticks cinnamon, 4 star anise, 10 cloves, and bring to boil. Simmer for 1 hour.
Step 2
Once done, remove ham from pot and transfer to roasting tray.
Step 3
In a bowl, mix 150ml of maple syrup, 1/4 cup of wholegrain mustard, 1/2 cup of pineapple juice, black pepper to taste, 1/2 cup of brown sugar, and 2 – 3 tablespoons of Worcestershire sauce. Mix well, transfer to a sauce pot, and let it cook until thicken.
Step 4
Pour 1/2 of the sauce over ham and spread evenly. Then bake in your Tecno oven at 180 degrees Celsius for 40-45 mins. Brush ham with sauce mixture every 12 minutes.
Step 5
For the seared pineapples, melt 50g of butter in a pan. Place in the pineapple rings (sliced into halves) and brown them on both sides over your Tecno stove. Transfer pineapples to serving dish.
Step 6
Once ham is done, remove from oven and let it rest for 15 mins. Slice the ham and serve with remaining sauce and seared pineapples.
Taddah!
Our office will be closed from 21 to 25 Jan 2023. Normal operations will resume on 26 Jan 2023.
This is default text for notification bar
Learn more