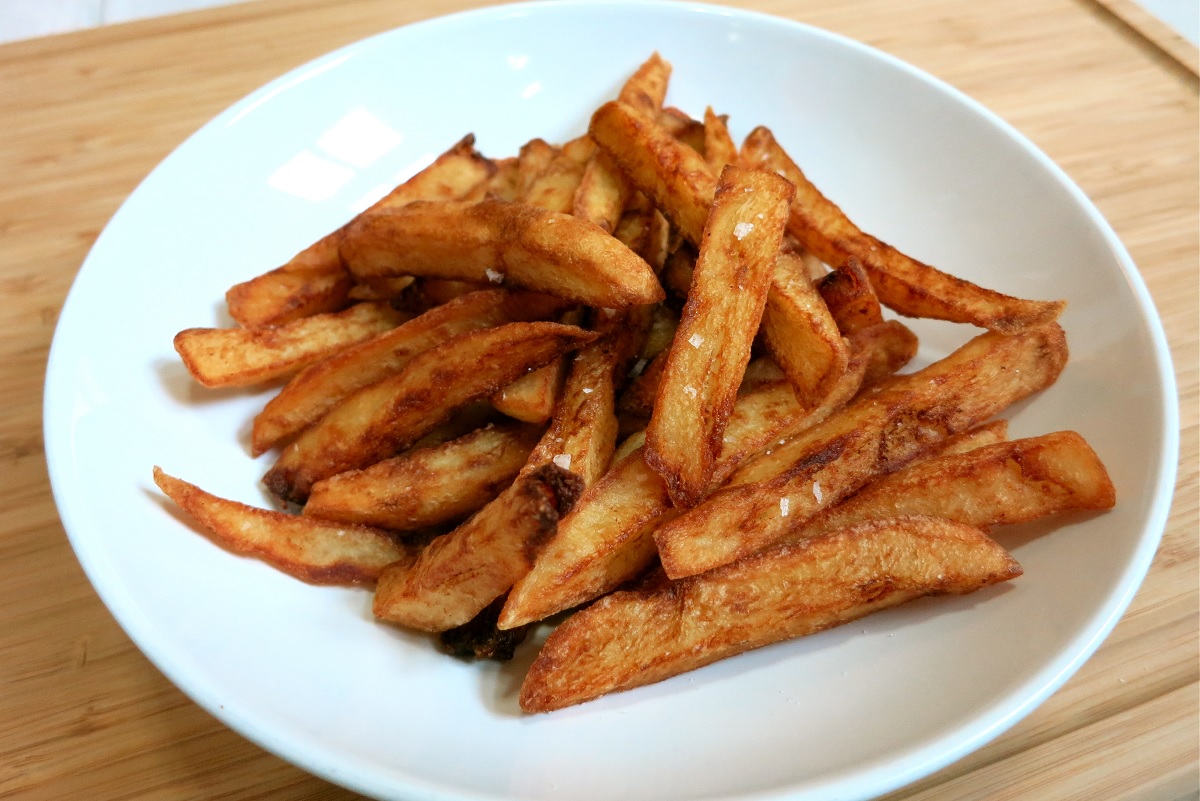 French fries… everybody loves em. Its one of those foods which truly transcends all boundaries. Whether you’re in America or China, at a hawker centre or high-end establishment, you’d probably be able to find it on the menu. Best of all, it can be eaten with anything! Here’s a recipe we have for awesome hand-cut fries which are crispy on the outside and soft and moist on the inside.

Step 1
Peel potatoes and cut them into 15mm thick slices (about the thickness of your index finger).
Step 2

Dissolve sea salt into water and bring to boil.

Once boiling, reduce to medium heat and throw in the potato slices. Leave the potato
slices to boil until soft and almost falling apart (approximately 15 mins depending on size and texture of potatoes). Boiling would help break the potatoes down leaving them crispy on the outside and soft and moist on the inside after frying.

Step 3
Carefully remove the potato slices and place them on a wire rack to cool and dry.
Step 4
Heat up canola oil and fry potatoes at 150 degrees Celsius until surface becomes firm and slightly crisp (approximately 10 mins). Drain and leave fries to cool.
Step 5
Once fries have cooled, store it in the freezer until ready to eat. (The fries can be kept up to 2 months frozen).
Step 6

Heat up canola oil in wok or using the Tecno 8-in-1 multi-cooker to about 230 degrees Celsius and place in the fries. Fry until crispy and golden brown (approximately 6 minutes).

Drain on paper towel and season with sea salt to taste. For truffle fries lovers, add a drizzle of truffle oil and its guaranteed to make your day. 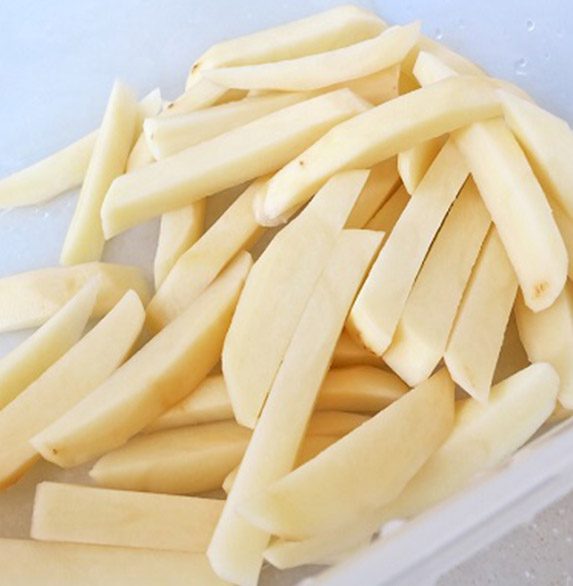 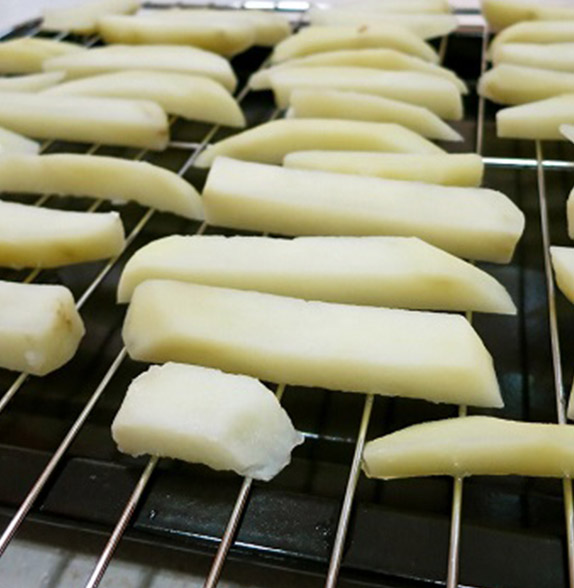 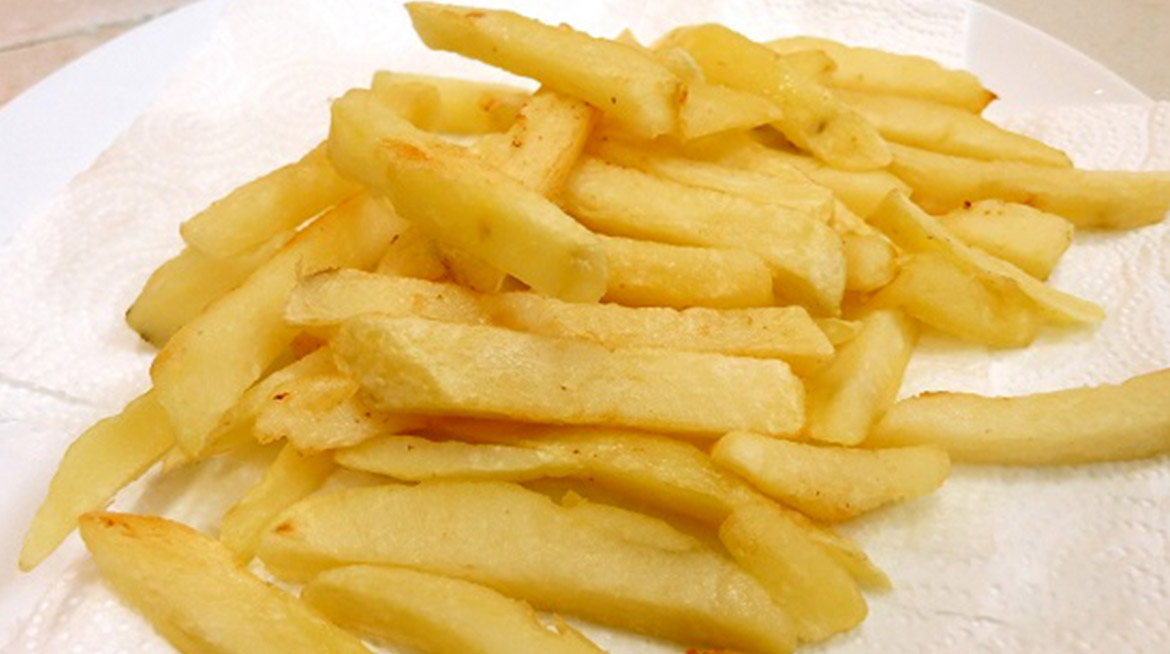 Our office will be closed from 21 to 25 Jan 2023. Normal operations will resume on 26 Jan 2023.
This is default text for notification bar
Learn more